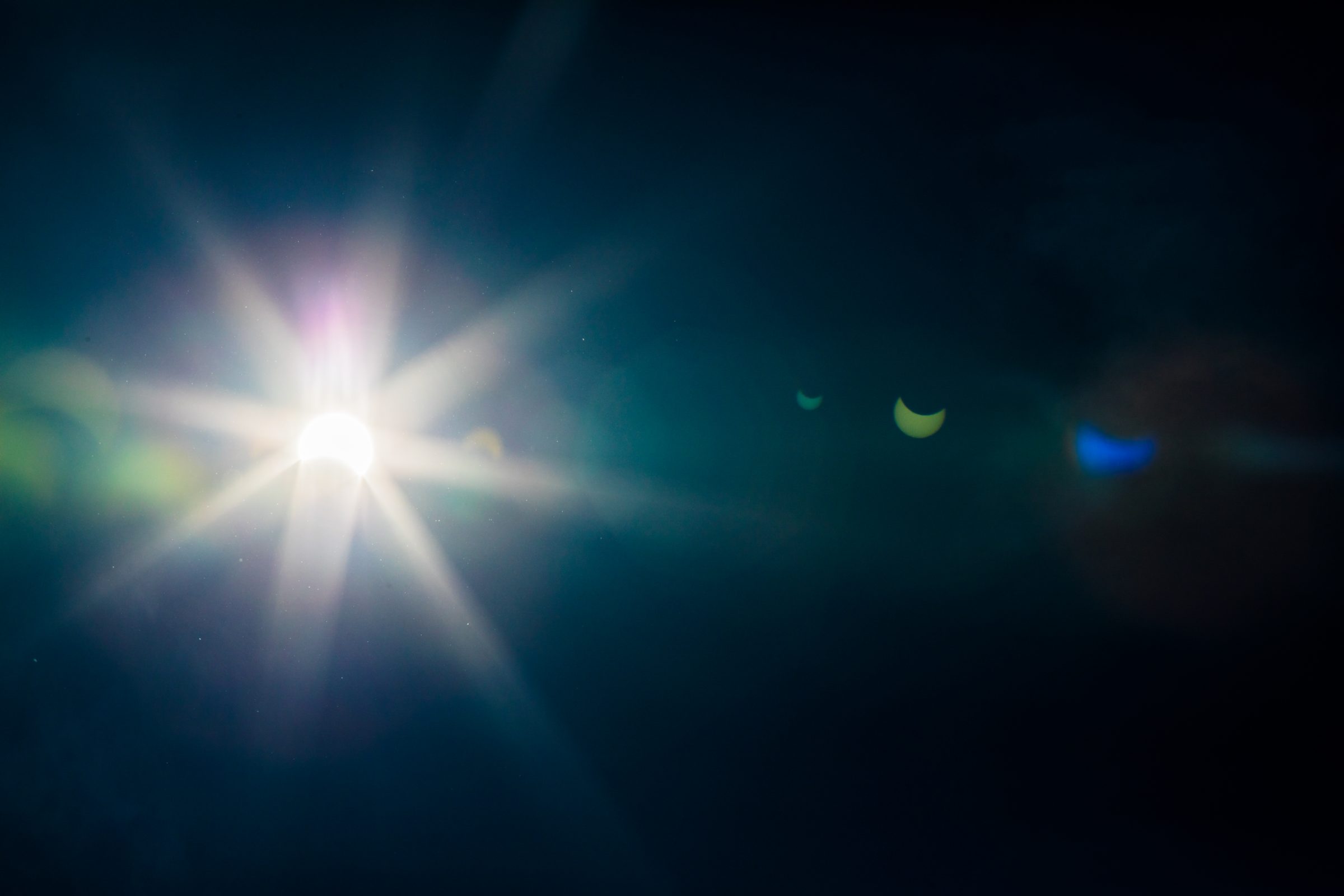 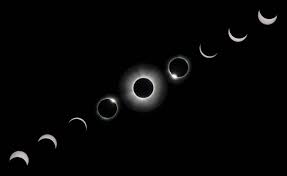 In 1991 I saw my first total Solar Eclipse in Baja California with a small group of alumni and scientists from the University of Minnesota. Totality lasted 6 minutes and 53 seconds, a long time to observe the beautiful and phenomenal changes that come with this celestial event. Shortly afterwards my life became very busy. Along with growing my business I met Mindy who is now my wife and soon after started a family. Eclipses happened all over the globe, but I had little opportunity to see them until recently.

Fast forward to the present where a few days ago I met my oldest daughter, Della, now 21 in Effingham, Illinois, eight hours from home and two hours by car from the campsite I booked for us on Grassy Lake outside of Carbondale, Il. Not only was Carbondale about the same length of drive for both Della and me, it was one of the points of longest totality, two minutes and 39 seconds. We decided to get there a day early to avoid traffic, and it worked. The campground was crowded and we pitched our tent in our reserved “overflow” sight since the campground was already sold out when I called in February. By that time all the hotels were gone and the Airbnb prices were outrageous. That day and the next there was a heat advisory. The weather App said we could expect it to feel like 105 degrees and it did. Even the water in the lake was warm, but on or in the lake was definitely the place to be.

On the morning of August 21 we took out a canoe, all the pontoons had been rented three months in advance, and searched for a shady place to relax until the eclipse began. Grassy lake was true to it’s name and we made do on a patch of mud under some trees. After a while a tiny black dot appeared through our eclipse glasses moving across the upper right hand side of the Sun. Time crawled as the dot grew and began to turn the Sun into a crescent shaped like the moon. We paddled into the middle of the lake as the temperature dropped and the sunlight became dim. As the orb of the moon passed completely over the Sun the corona shined bright. In Mexico I remembered I was able to hear the crickets chirp, but here we were too far from shore. Looking at the shadowed Sun I was filled with a reverence for the miracle of our perfectly proportioned solar system. Venus became visible shining brightly in the dark sky as pink clouds glowed on the horizon for a full 360 degrees. Too soon it was over and the Sun returned.

This story would not be complete without the tale of the return. We were not the only people to think we’d “beat the rush” by driving home before the shadow had completely left the face of the sun. The road leading out of the campground was stop and go and it took over 200 miles for that to change. What had taken two hours days before, now took six. After dropping Della at her car I tried to stop at a rest stop but gave up after finding all the parking spots full and seeing the line of women stretching outside the door. Fortunately I had a reservation for a place to sleep and the next day the roads were clear.

There is something so primitive and awe inspiring to view “the totality” as it was called, that I’m still feeling the energy of the eclipse as I move back into my normal life. If you’ve ever considered making a trip for this kind of event I recommend it. Even with all the traffic I’d do it again tomorrow and probably will in 2024 when the next eclipse sweeps across the U.S.