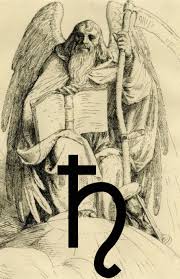 Counseling bereaved people came into my life after the loss of my twin sister, although I’d already encountered death as a teenager. After losing my mother unexpectedly at 17 I went into an untreated depression. In the 60’s very little was known about treating grief, so our entire family suffered in silence. I learned a lot about loss, grief and loneliness at an early age. Not having a mother made me different from all my friends back in the 60’s before divorce and blended families were common.

Fortunately, I was an identical twin, and my sister and I bonded in an even deeper way. Somehow we pulled each other through the darkness. Two years later at college I met an astrologer and got a reading. It was brilliant! Almost immediately I latched onto astrology as a point of certainty in an uncertain world. Of course, as my study deepened I realized that I would never be able to “know” the future exactly, but by that time I was passionate about astrology and using it to earn a living. As time passed I became a full time professional counseling astrologer and teacher, formed a stable long term relationship with a woman who was later to become my wife, and became a mother of two daughters.

I’d always had a special relationship with the planet Uranus having an Ascendant in Aquarius. Uranus played an important role with awakening me to my lesbianism and love of astrology in my middle 20’s as it squared my Natal Venus and a year later made a conjunction to my natal Mars. Within those couple years Uranus woke me up. A decade later when transiting Uranus made a square to my natal Sun a significant love relationship broke up and I was devastated. I was paying close attention almost two decades later as it came to opposition with my Natal Sun.

Weeks later when my twin sister called from the hospital to say her doctor admitted her to run some tests, I knew deep in my heart that we were soon to be separated. She was diagnosed with Ovarian Cancer and died five months later. Her loss rocked me to the very core of my being. She’d always been there, from the very beginning, and then she was gone. I didn’t know who I was or how I would survive. Slowly over time, the shattered fragments of my lost self found their way back together, but in a new and different way. A few months after her death I put the date, time and place into my computer and began to study her death chart. What I learned was phenomenal. She breathed her last breath just as our Second Saturn Return began. Astrology helped me understand the world again. Twelve years (a Jupiter cycle) after her passing I decided to share what I’ve learned about the Death Chart with my clients by offering you this reading.

Grief is a complex and multifaceted process that takes time to resolve. Trouble with sleep, overeating, under-eating, drug use, physical ailments, recklessness, apathy and over-working are some of the most common coping mechanisms. As astrologers, we are not here to make judgement on these behaviors but help you to come closer to some degree of acceptance of the death, have a way to express the pain of the loss, learn to live without the loved one and eventually find a healing connection through memories.

This is how I managed to make peace with the loss of my twin.

Here’s what some clients say about their readings:

Ten years ago I experienced the loss of a great friend and mentor; his death sent me on a journey into a whole new world and understanding of myself in the world without him. Moon’s expertise and in-depth knowledge about eclipses and the major planetary cycles helped me to make sense of the impact of this loss and the profoundness of this experience throughout my life. As we sat together and worked through the “death chart” I felt that shades long drawn, and windows boarded shut, were opening.

Moon has always taught that astrology helps us to make meaning of the world in which we live; that is absolutely what I experienced in that session. I left with a deep gratitude and greater reverence for my tragedy.

I’d recommend this kind of session for anyone with lingering grief and questions about the loss of a loved one or friend. While the session cannot bring that loved one back, Moon can help you to understand this experience at a deeper level that leads to further integration and healing.

I wasn’t sure what to expect from a death reading, but was curious how astrology could help shed light on the past rather than the future. Moon simply brings to life the complexity of chart reading and helps to translate the heavenly motions into relevant themes. My death reading offered me new insights, helped to heal and move on from beliefs that were no longer serving me. F.B.